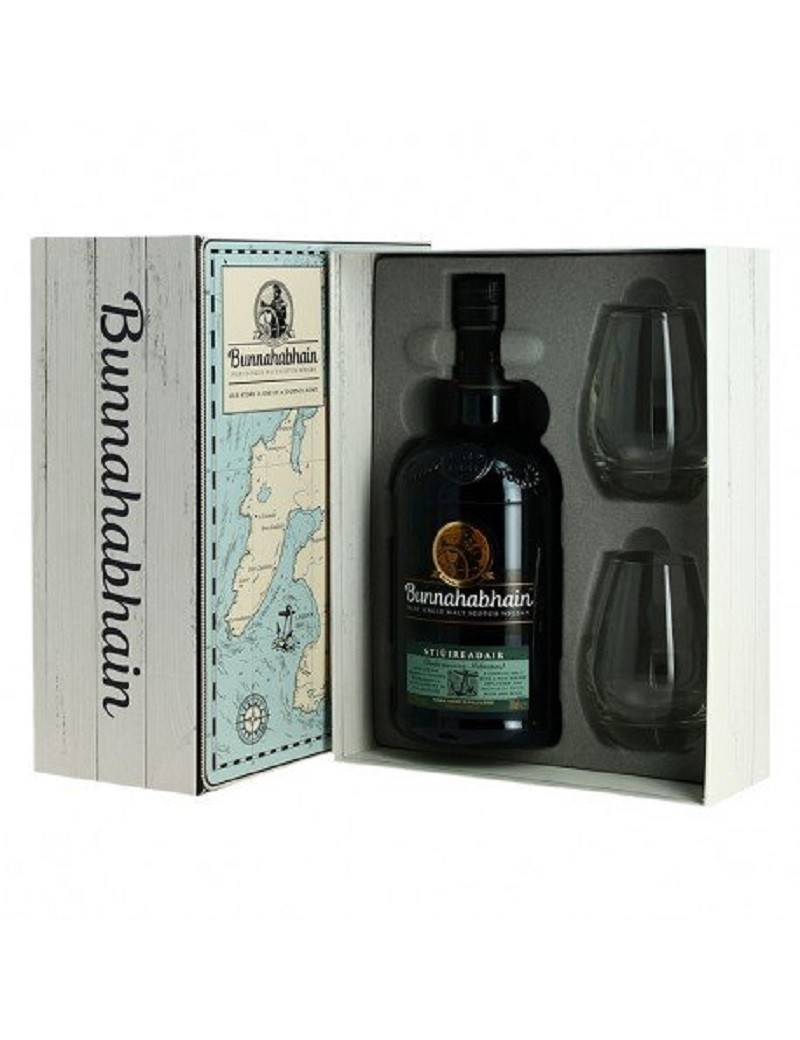 Bunnahabhain Stiuireadair, this single malt Scottish whisky produced on the island of Islay is often compared to a sea storm, this whisky will surprise with its saline and iodized notes which make this single malt the very signature of this Distillery. Aged in ex-Sherry casks, Stiuireadair is a whisky rich in vanilla and spicy flavours, which will surprise connoisseurs with its smoothness.

Presented in a superb Gift Box with 2 glasses.

Palate : Very pleasant and powerful, with very strong aromas. Its youth is marked by its liveliness, its delicacy and its aromas of fresh almonds.

Finish : Light and marked by sherry, with chocolate, peppery and even slightly smoky and salty notes.