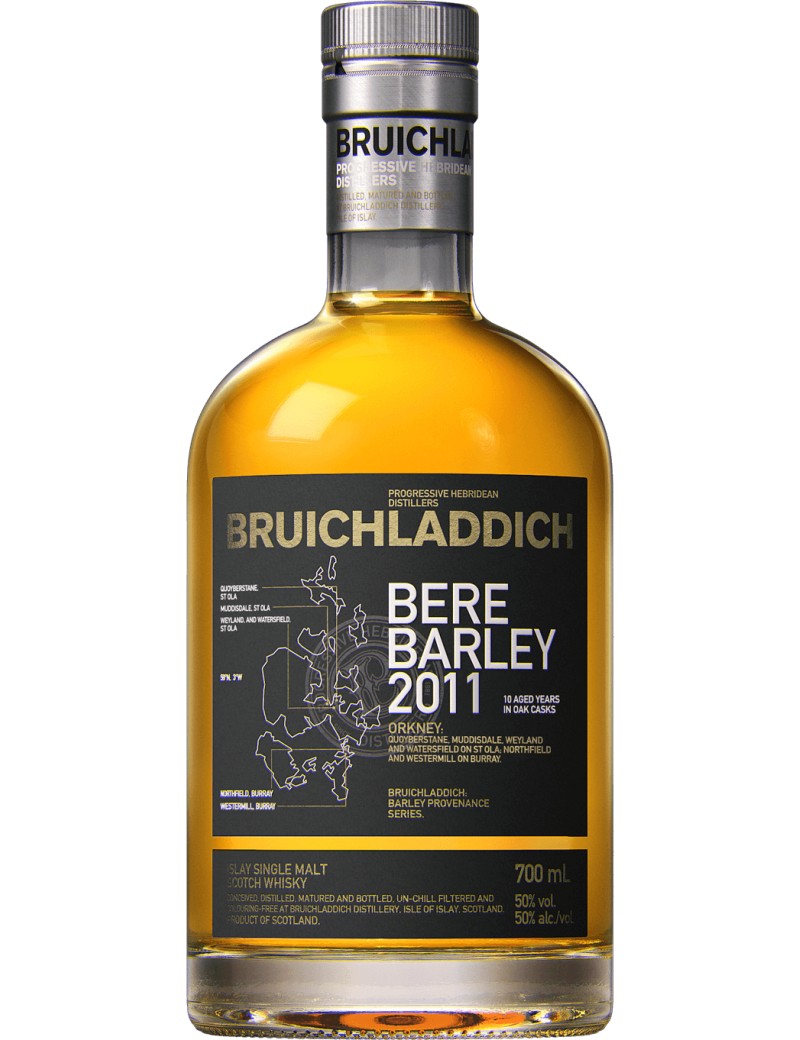 Bruichladdich Bere Barley 2011 is a single malt produced with bere barley, a heirloom barley, very difficult to grow because of its yield. After maturing in old bourbon American oak barrels for 10 years, the single malt was bottled, non-chill filtered and without colouring. It has the character of the greatest whiskies of the distillery but with a profile where the fruit is in the foreground, pear, apple, apricot jam. It is a unique vintage.