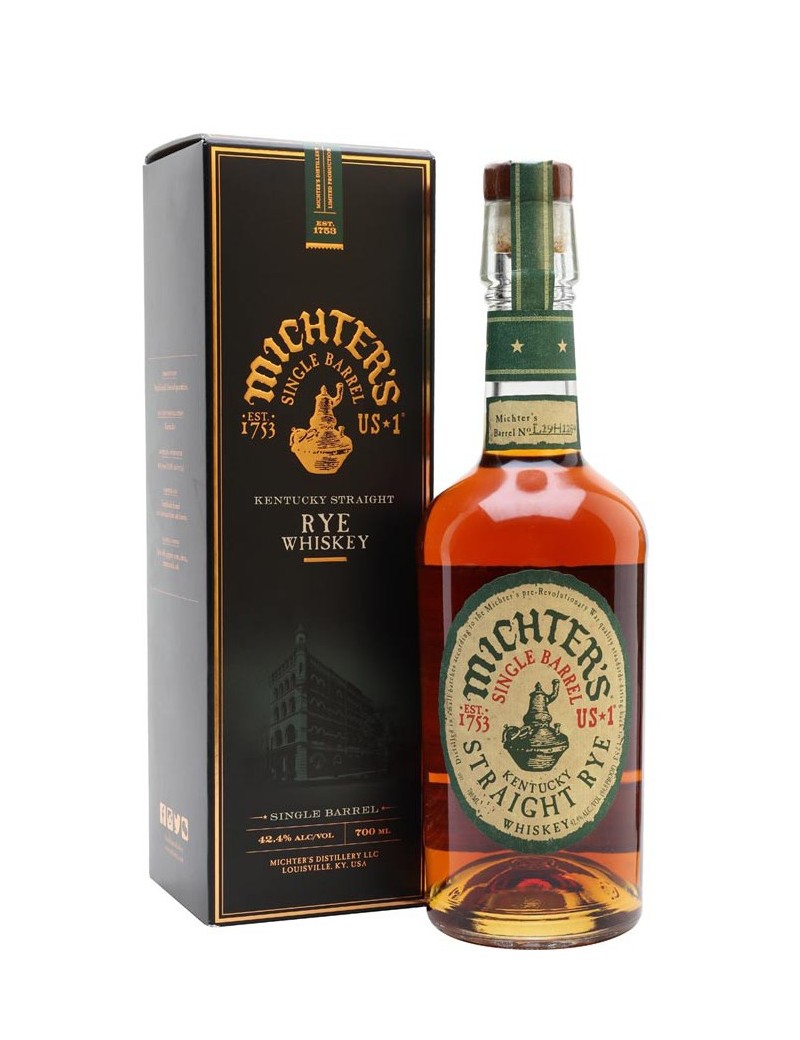 MICHTER’S US 1 Single Barrel Rye is made from select American rye grains which are carefully sheared so they keep all their flavour. The whisky is aged in American white oak barrels which were charred over fire. Each bottle comes from a single, unique cask. A whisky that has an artisanal woody character with notes of spice and caramel in the background.

This whisky company Originally known as Shenk's was founded in 1753 in Schaefferstown, Pennsylvania, by John Shenk, a Swiss Mennonite farmer. In the early days, Shenk's produced whiskey from rye grains, advocating the local harvest in the Pennsylvania Blue Mountain Valley where the distillery was located.

Also known as Bomberger's for many decades, until the 1950s when Lou Forman, one of the owners of the distillery at the time, created the modern brand name Michter's by combining parts of the names of his sons - Michael and Peter. But financial troubles, prohibition and many successions had a damming effect on the business and 1989 Michter's owners declared bankruptcy and abandoned its location in Pennsylvania.

In the 1990s, Joseph J. Magliocco and his consultant and mentor Richard "Dick" Newman teamed up to resuscitate Michter's. Today Michter's has three locations in Kentucky - a distillery in the Shively section of Louisville, the Fort Nelson Building on Louisville's Museum Row, and farmland in Springfield. They are among those who produce the best American whiskeys, without compromising on investment, where the bottling choices are often limited.