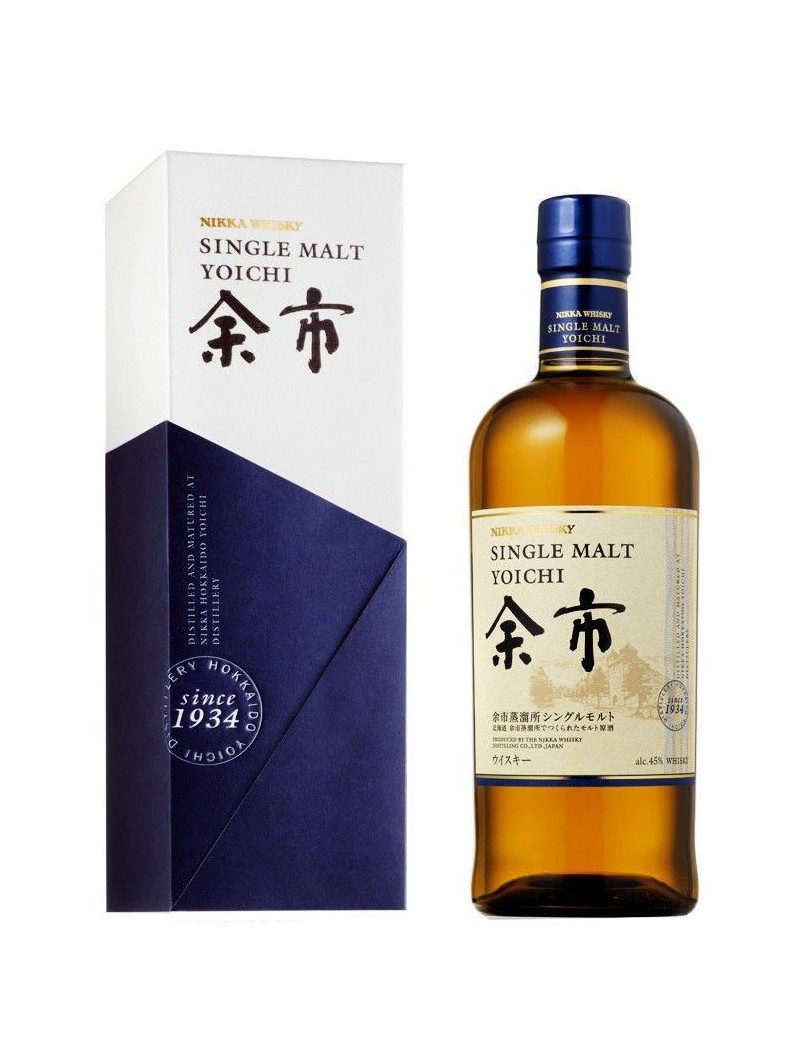 Yoichi Single Malt is the new "no age" opus from the Nikka distillery. Bottled at 45% vol. in a 70 cl bottle, this time, this Japanese whisky has all the qualities to make it an international bestseller...

Here is the new Yoichi without mention of age! Yoichi Single Malt replaces the existing version and now displays 45% vol. on the counter in a 70cl bottle. If its composition is (at the time of writing) kept secret, it seems that it is composed of rather young whiskies. A master in the art of surprising us, the Nikka distillery is counting on the success of this new Japanese whisky to make people forget the 10, 12, 15 and 20 year old editions which are no longer produced. To discover...

Palate : Balanced and powerful, spicy, smoky, with notes of fresh fruit and peat.

Finish : Very supple and dense, with very present notes of ripe fruit, with great maturity and a very nice length on the finish.

Yoichi is a whisky distillery located in Japan founded in 1934 by Masataka Turetsuru, the father of Japanese whisky. The location of the distillery was carefully thought out by its creator so that the climatic conditions are similar to those of Scotland. The production of whisky did not begin until 1936 and the commercialisation took place from 1940, under the name of Nikka Whisky. This distillery belongs to the mythical Japanese group Nikka.