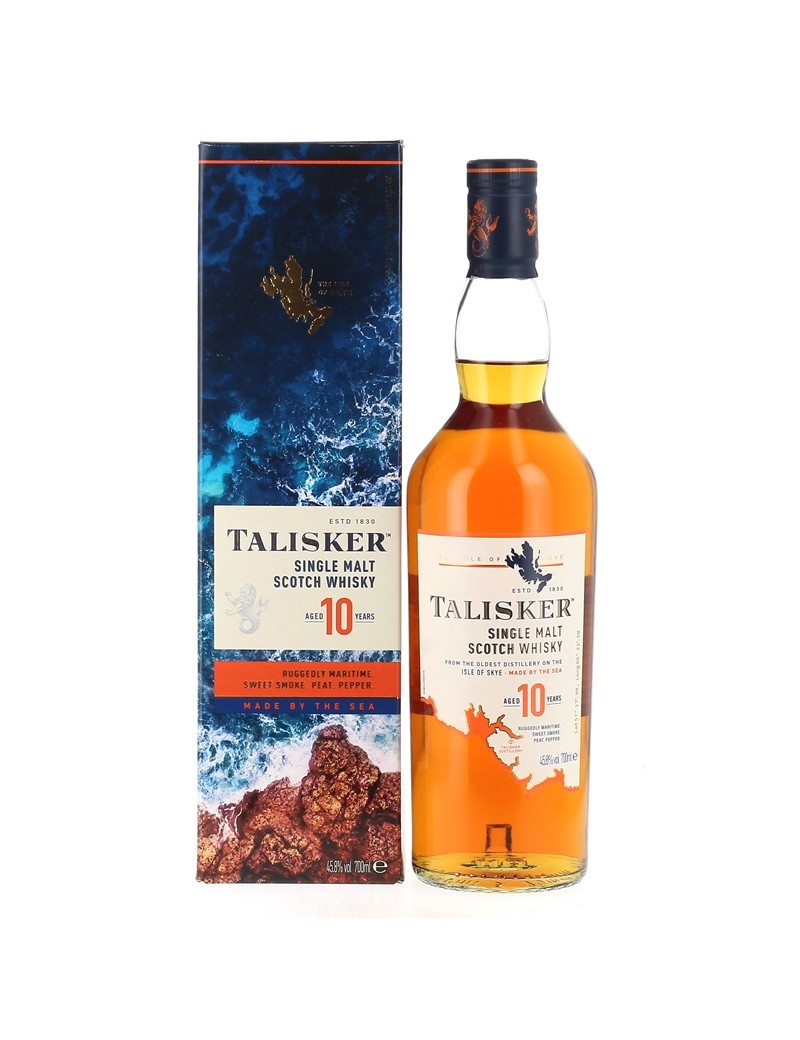 This inimitable malt, marked by its exceptional terroir, is often counted among the greatest Scottish whiskies.

Talisker 10 year has a deep character, smoky and spicy with the salinity of seawater and the sweetness of dried fruits on the palate. A sustainability plan initiated by the brand, has resulted in a new packaging for 2021.

Palate :  Explosion in the mouth of peat and pepper followed by a sweet note.

Finsih : Intense and generous, peppery with a hint of sugar.

The MacAskill brothers founded the Talisker distillery in 1830, located on the northwest side of the Isle of Skye, it is the oldest of the two distilleries situated on the island. The Isle of Skye is the most northerly island in the Inner Hebrides, an area little protected from the storms of the Atlantic Ocean.

Talisker is the only single malt made on the shores of Loch Harport and its distillery is one of the most famous in the world. Its soft and peaty water comes not from streams or rivers, but from the 21 underground springs of nearby Hawk Hill.

Talisker whiskies are greatly imbued with their origin and history. Their smell and taste instantly connects you with the wild environment in which they were produced.

The single malt, produced using traditional methods, has an easily-identifiable, oily character that comes from slow cooling after distillation. Talisker whiskies are powerful and complex. 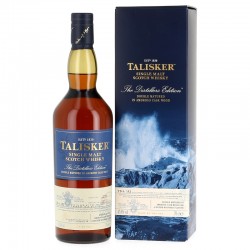 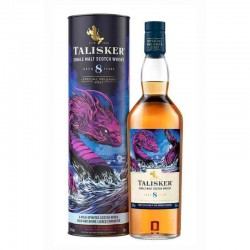