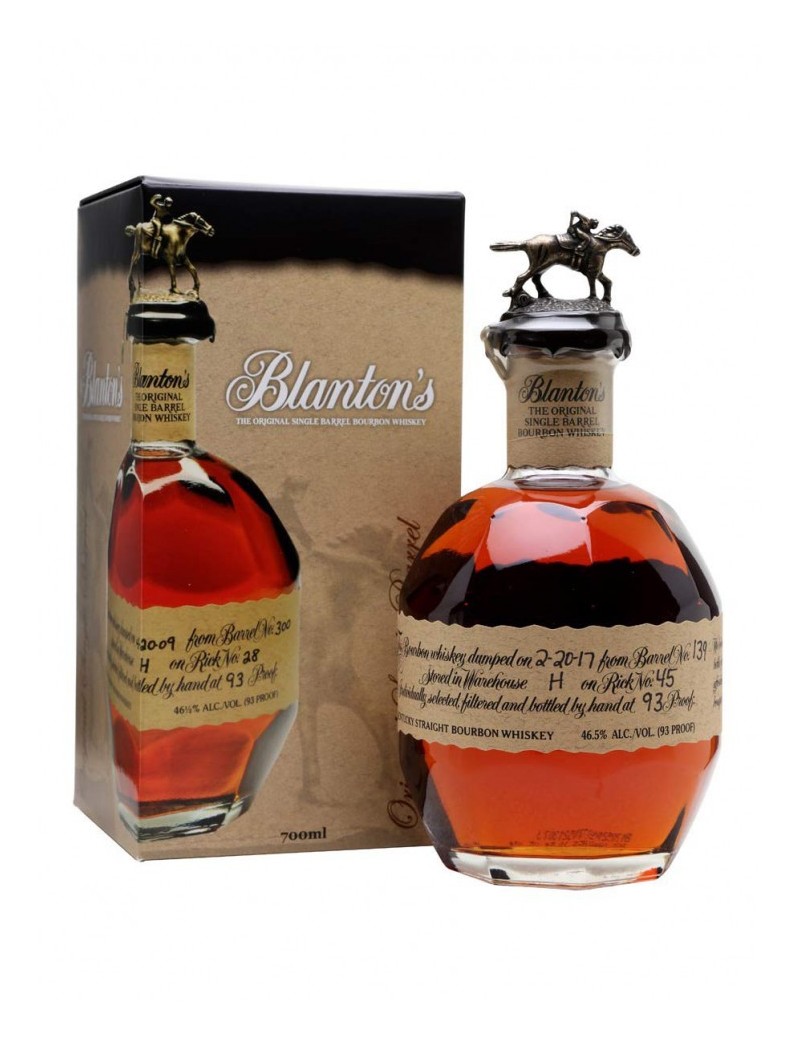 Nose : Notes of ripe fruit, citrus, flowers and spices. Precise on notes of oak and vanilla followed by toffee, chocolate, varnish and beeswax.

Palate : Ample. Flavors of vanilla and cinnamon followed by cardamom and cloves.

The first bourbon to be single barrel bottled in 1983, Blanton's revolutionized American whisky. This straight bourbon bears the name of Colonel Blanton who ran the distillery in 1921. The creator of Blanton's was inspired by his predecessor, using the principle of barrel rotation so that each barrel acquires a unique aromatic profile . Blanton's thus offers a precise and delicious register of cereals, spices, candied fruits, citrus fruits and flowers in its various expressions.