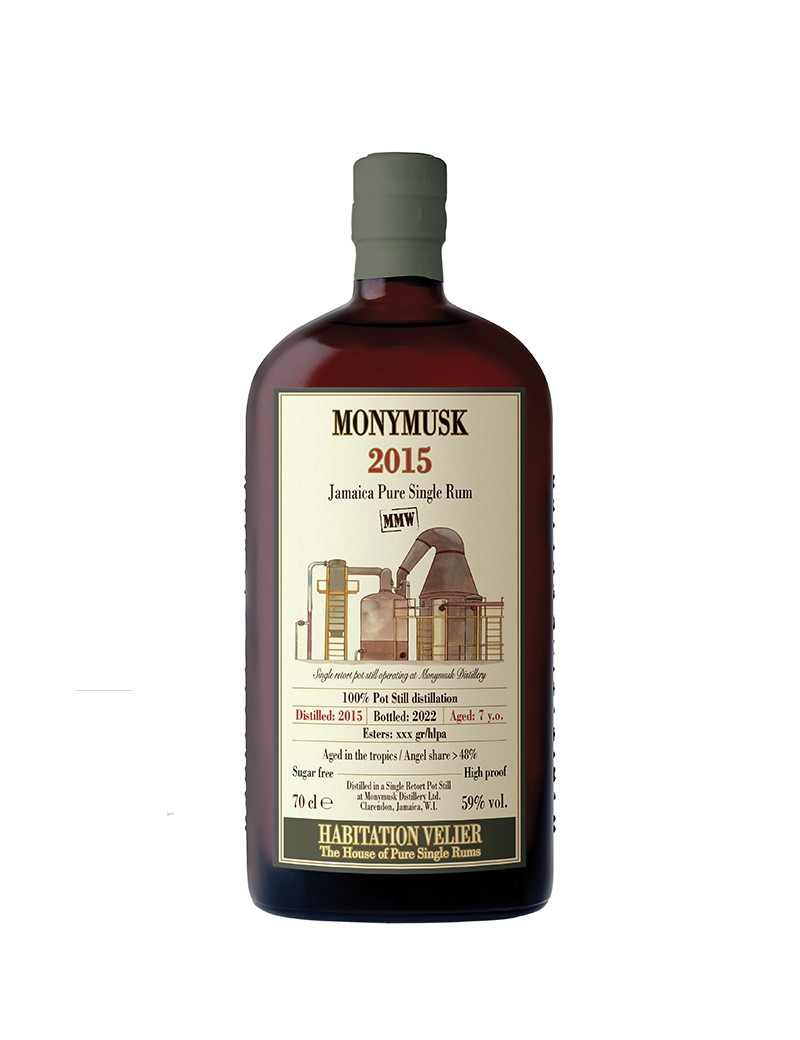 Monymusk comes from the Clarendon distillery, located in Lionel Town, in the south of Jamaica. VCe MMW or MonyMusk Wedderburn is one of the three marks made with a longer fermentation period, which translates to an average ester content of 250-300 gr/hLAP when unaged. After 7 years of aging in a tropical climate, the angel share has exceeded 48%.

Installed since the 18th century in the south of Jamaica in the town of Sainte Catherine, the Clarendon distillery navigates between technological modernity, with on one side the triple column in operation since 2009, the result of the investment of several million euros (and co-financed by the European Union), and that of tradition, with a few meters away the old distillery built in 1949, which houses the stills of the Clarendon house.

The Italian company Velier owned by Luca Gargano is recognized for the selection and distribution of its notably exceptional spirits. For the residential range, the best rum distillers are selected using pot stills giving birth to pure single rum. These are rums rich in aromas, strong in degrees, a generation of rums for enthusiasts.