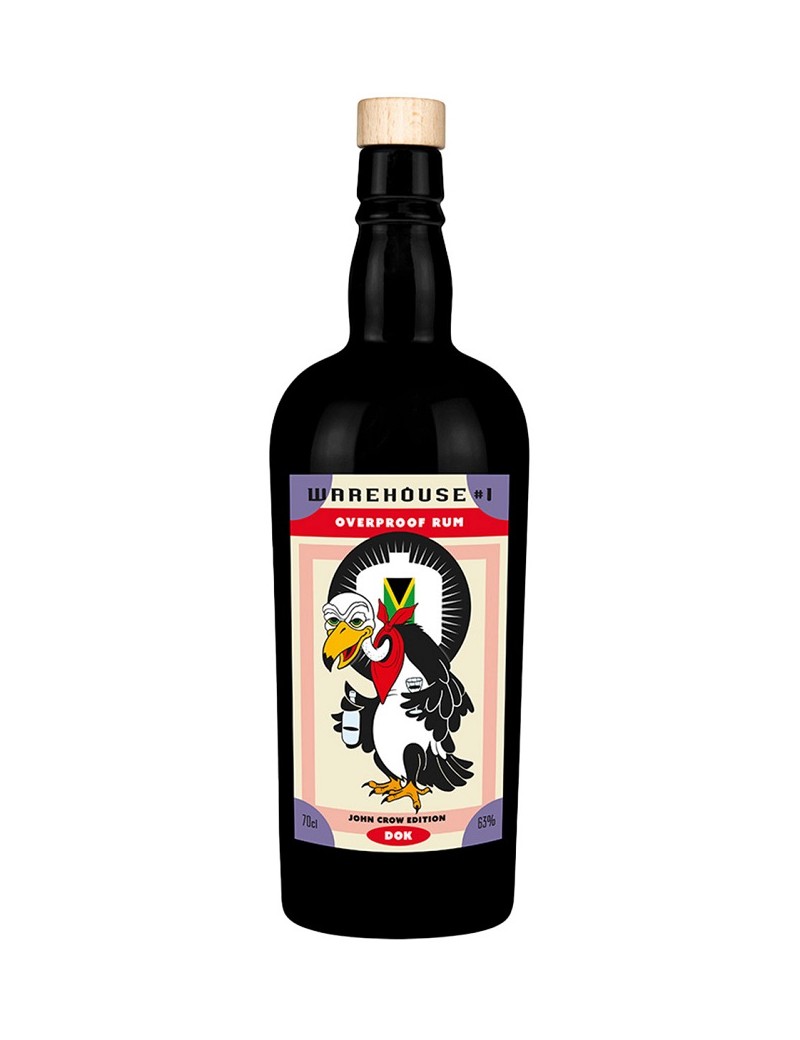 The independent bottler Warehouse #1 has selected at the Hampden distillery this John Crow Edition DOK (Dermot Owen Kelly) surely the highest in ester rate which oscillates around 1600 gr/bl. This rum finds all the aromatic power on a 63% bottling. We are still on a fruity, aromatic, "funcky" rum as some like to call it.

the reference to John Crow comes from a crazy story that begins with a robbery on the Hampden estate. At the time, Jamaican brandy was stolen here by members of a criminal gang from Trelawny. The brandy was called John Crow, because a person had to have a stomach as strong as a vulture, which is called "John Crow" in Jamaica, to drink it.

Warehouse #1 a major player in the premium spirits market in the Czech Republic. Co-owners of Ultra Premium brands, they are focused on sourcing, importing and selling top quality products that they believe are unique, innovative or highly respected in their home country and popular. They also have stores in Prague.

The Hampden Estate company has been around for 275 years, it was founded in 1753 in Jamaica and is considered the best distillery in the world. Jamaican Hampden rums are very aromatic rums with ancestral manufacturing processes. They offer a real taste experience. The Hampden Distillery produces high ester rums using knowledge passed down from generation to generation for over a century. Hampden makes a variety of rums ranging from 50 to 1600 esters. The higher the ester range, the more intense the rum bouquet. Their rums are used in blending other rums around the world.