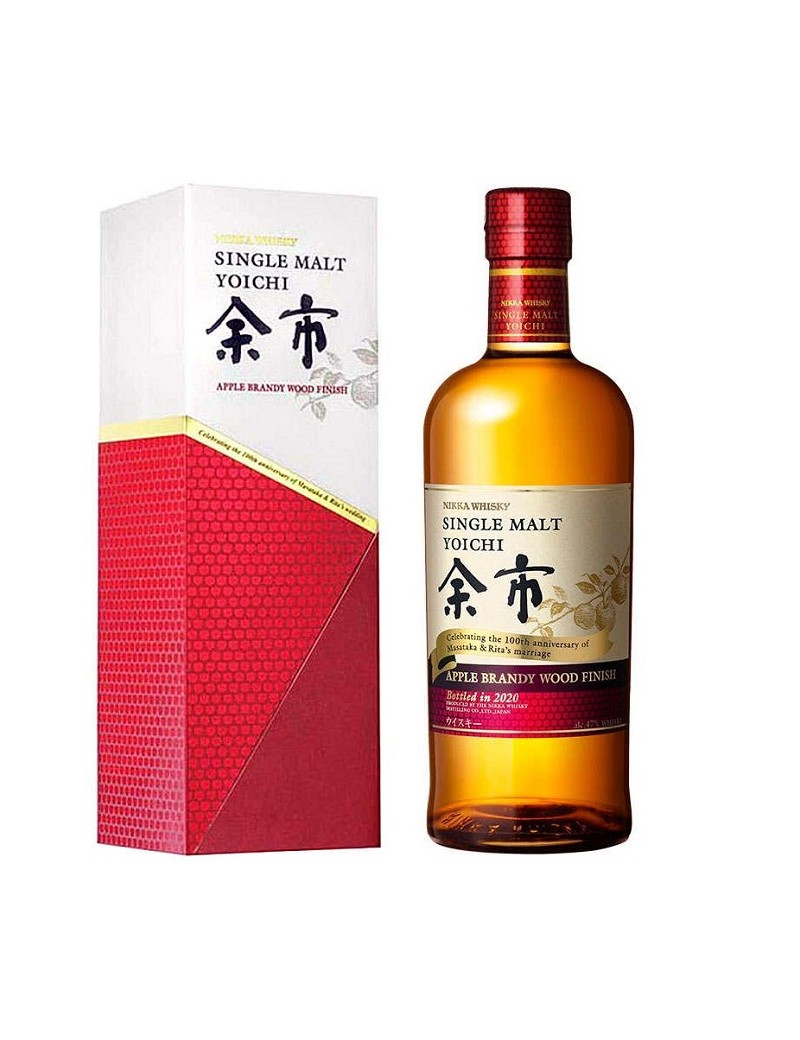 This limited edition has finished its maturation in barrels that have contained Apple Brandy for more than 28 years. Apples are a very strong symbol, at Nikka, because they are very often associated with the story and the relationship between Rita and Masataka.

Nose : Rich, deep and complex, on peat smoke with hints of baked apples and cigar.

Palate : Fine, elegant and complex. Very fruity attack with apple and candied pear. Peat is rather vegetal. It evolves on a herbaceous touch then develops on notes of nuts and apples which highlight its oily and juicy character.

Finish : Long and balanced. Grapefruit and lemon zest bring vivacity. Notes of vanilla and liquorice. It then becomes drier, due to twigs and straw. It allows you to perceive a harmony of flavors of almonds, hazelnuts, dates and toast.

Yoichi is a whisky distillery located in Japan founded in 1934 by Masataka Turetsuru, the father of Japanese whisky. The location of the distillery was carefully thought out by its creator so that the climatic conditions are similar to those of Scotland. The production of whisky did not begin until 1936 and the commercialisation took place from 1940, under the name of Nikka Whisky. This distillery belongs to the mythical Japanese group Nikka.