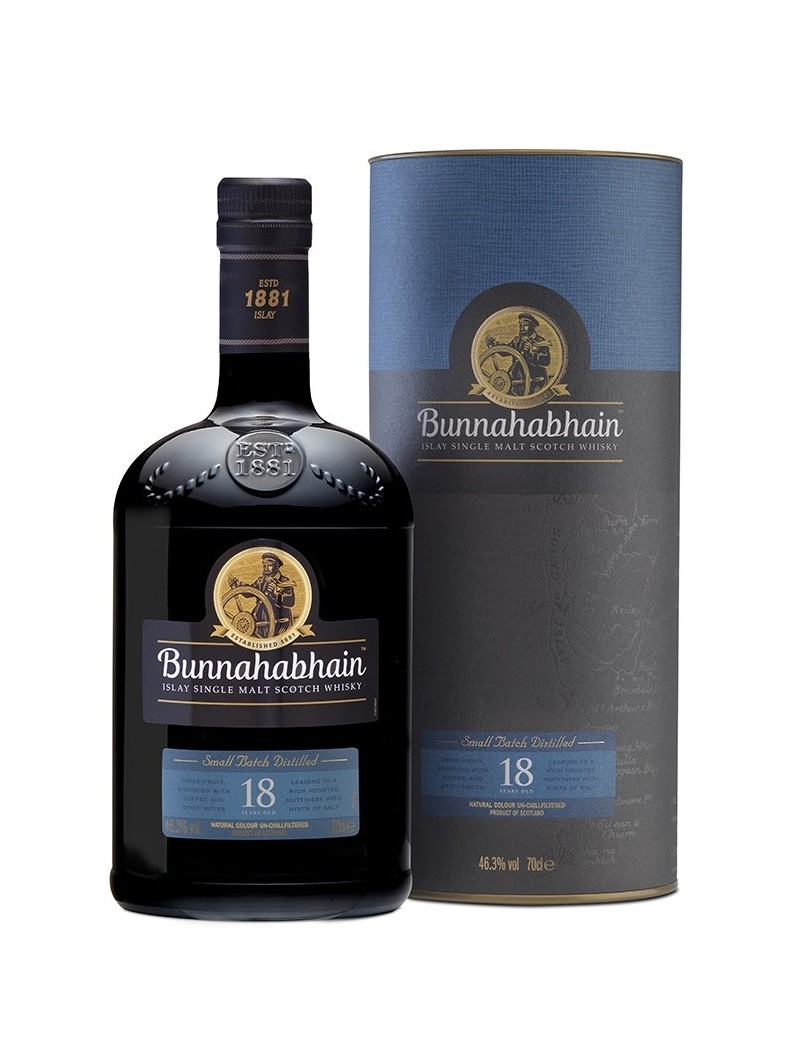 Bunnahabhain 18 year is a rich, complex and delicate Scottish single malt. Its slightly peated character delivers fruity notes of sherry and citrus drawn during aging in sherry barrels (70%), and Bourbon (30%). This very slightly iodized whisky is of great finesse, with a very beautiful aromatic palette, typical of this Distillery, due to the absence of cold filtration. Bunnahabhain 18 years old will be appreciated as an aperitif, but also at the end of a meal.

Nose : The dominance of sherry is unquestionable. Very fruity and fresh, woody and leathery notes predominate this wonderful single malt.

Palate : Very pleasant and powerful, with very strong aromas. Soft, with spicy notes in which the fruity sweet peat melts.