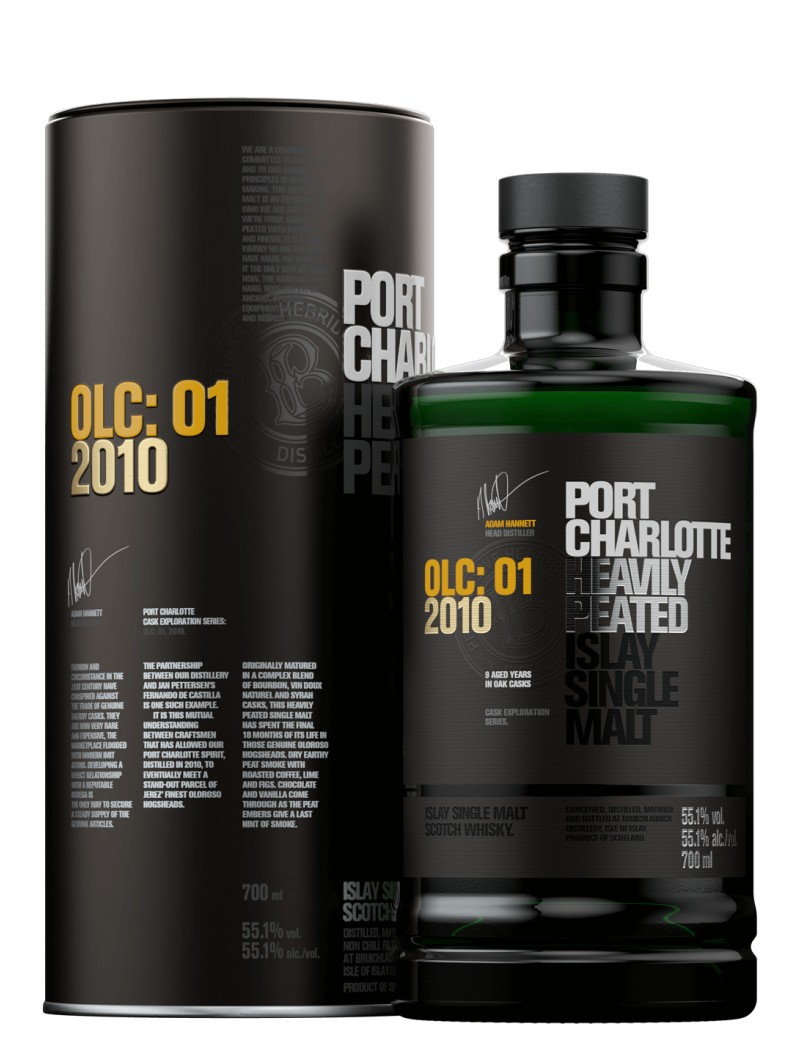 Port Charlotte OLC: 01 2010, is part of the Cask Exploration series, surely one of the distilery's most unusual editions, making it a rarity for two reasons. With a complex process of barrel selection, starting with old bourbon barrels, then old syrah barrels and old natural wine barrels and Oloroso barrels to finish.

For this single malt, the marriage of the barrels, especially the Oloroso barrels, is magnificent and is responsible for the exceptional quality of this version of Port Charlotte.

Palate : Sweet and oily, the notes of Oloroso and peated smoke appear.

Finish : Dry and smoky peat, chocolate and vanilla notes, with a shortbread and iodine character.