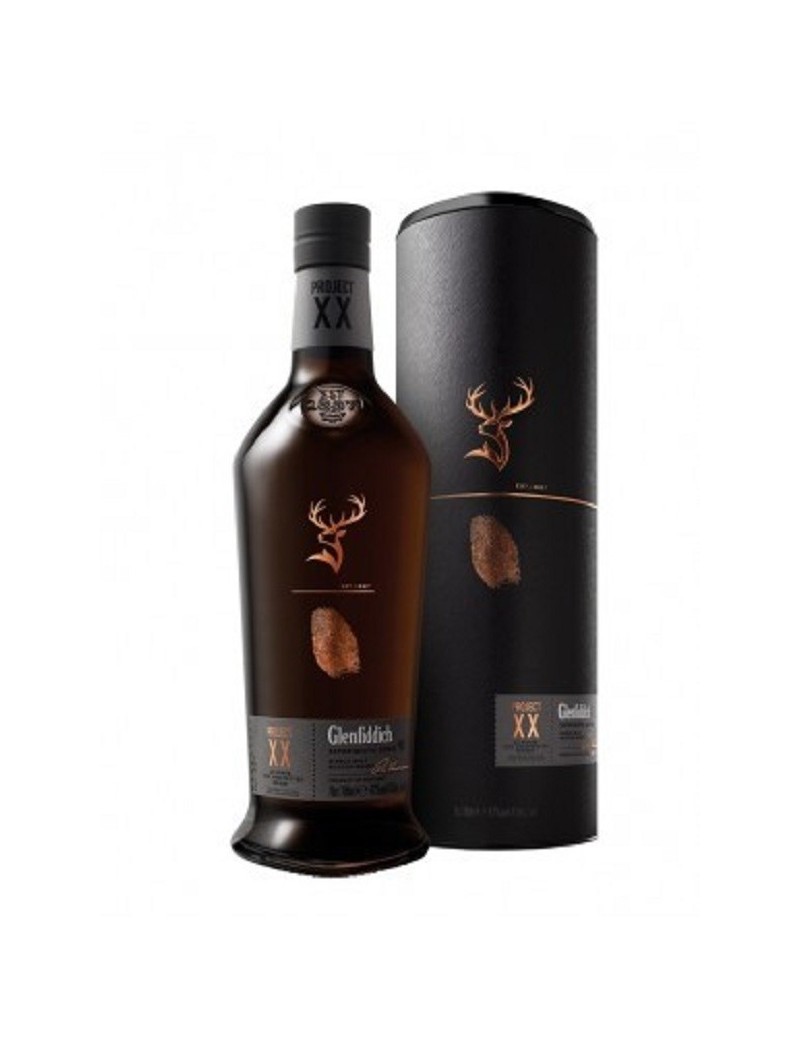 Glenfiddich Project XX combines a warm and fruity character with an explosion of flavours such as cotton candy, cinnamon, almond and hints of port tannin. The Master Chai of this distillery, Brian Kinsman, in collaboration with 20 whisky experts from different origins, were inspired to choose 20 barrels among those stored (Port barrels, Sherry barrels, Bourbon barrels ...) for the creation of this expression. This experience gives an incredible, harmonious result, while still in keeping with the delicacy of Glenfiddich. Brian Kinsman himself gave it its name: Project XX.

Palate : Refined and balanced. Sweetness and richness of vanilla. Completed with toasted almonds, cinnamon and spices.

Glenfiddich is a whisky distillery located in Dufftown, Speyside, Scotland, one of the most well known areas for making and aging whisky. Glenfiddich is known around the world for the production of the most famous single malts and is an ambassador of Scottish traditions. The distillery has its own cooperage and a natural water source which ensures consistent quality and style over time.

In 1887 William Grant founded the Glenfiddich Distillery at Dufftown in the Fiddich River Valley. He had previously worked for twenty years at the Mortlach distillery as a manager and an accountant. Its stills came from the old Cardhu distillery that its owners were rebuilding. The first bottles of Glenfiddich whisky were produced during the Christmas period of 1887. In 1957, the company began bottling their whisky in a triangular bottle. Later, W. Grant & Sons were the first to wrap their bottles in tubes and gift packs. In 1969, Glenfiddich was the first distillery to open a shop for visitors.